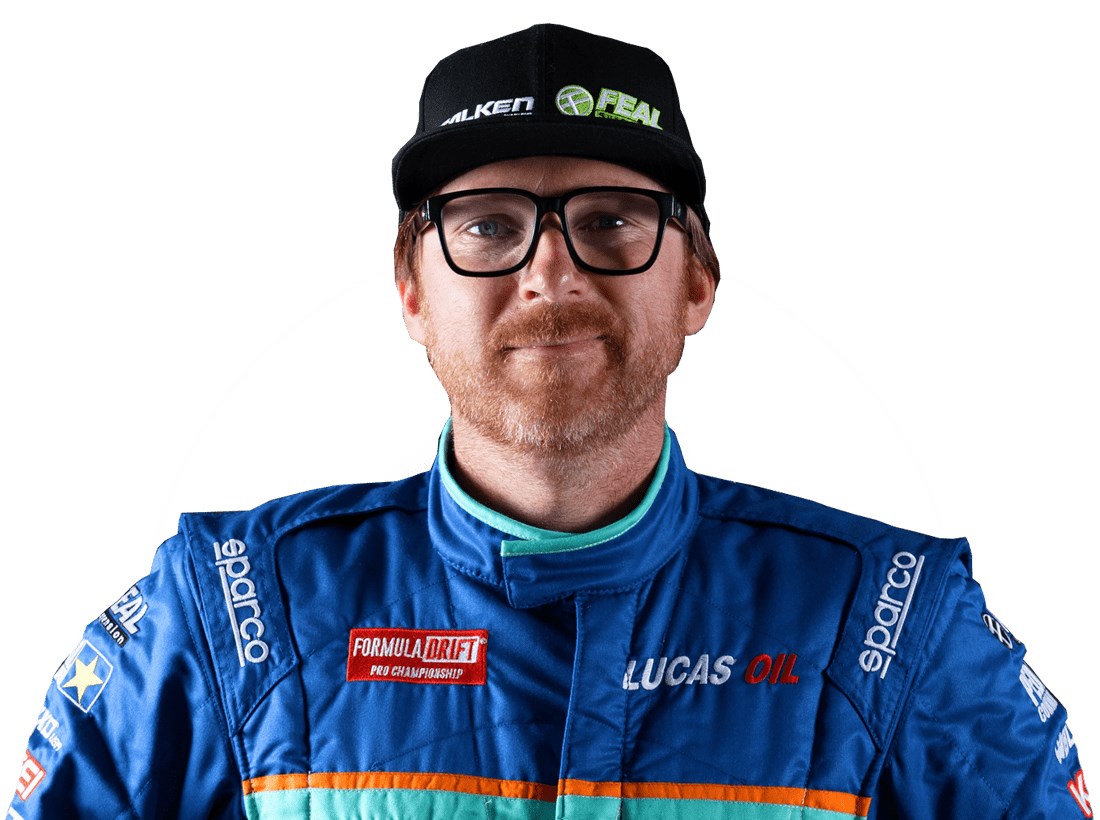 Aurimas “Odi” Bakchis, founder and CEO of Feal Suspension, has been drifting professionally since 2011 and is now a proven championship contender. He finished 3rd overall in the Formula Drift USA championship in 2017 and 2019. He has multiple event wins and has finished in the Top 5 overall in Formula Drift five times.

Odi moved to the US from Lithuania when he was 8 years old. He raced motocross in California, experimented with his own motorcycle suspension, and then opened Feal Suspension. After college he raced rally cars and expanded Feal Suspension to offer automotive suspension solutions.

Odi decided to try drifting in 2009, earned his professional license in 2010, and was the 2011 Formula Drift “Rookie of the Year.” He won his first Formula Drift event at Road Atlanta in May 2015 and has won multiple events since then, including 2 back-to-back event wins in 2019.

Odi has finished Top 5 overall in Formula Drift USA 5 times since 2014. As a proven competitor, Odi is eager to continue to grow as a successful driver in the sport, consistently rise to new challenges, and expand his expertise in suspension set up and design.