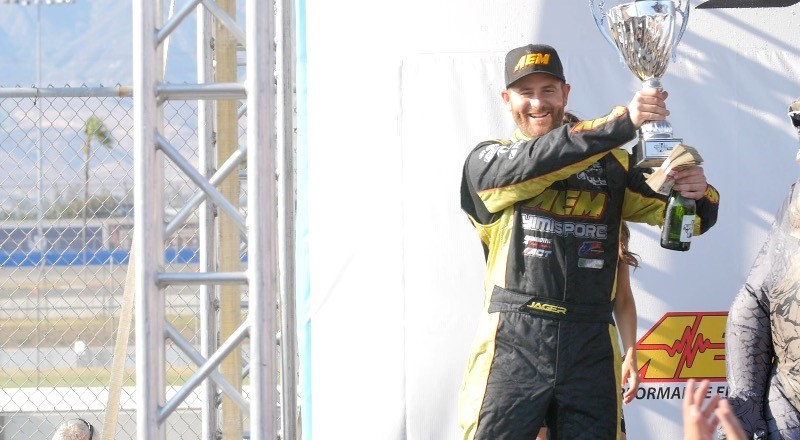 My name is Mark Jager, I’ve always been passionate about cars from the moment I learned to drive farm equipment back in Michigan. As a teenager, the threat of not being able to get my driver’s license was the only thing keeping my high school GPA from not plummeting. Once my license was obtained, I was constantly devising ways to push the envelope of my 91 Honda. At this point, there was no tracking, only drag racing at LACR. After high school, I bought my STI. Again, I stuck mostly to LACR and only had made minor modifications to my car.

I had yet to do anything further than the drag strip, but then, I attended a day at a driving school. I was hooked on tracking after that experience. I had just tracked with the cars (Celicas) at the racing school, and was eagerly awaiting taking my car to the track. I decided to purchase a Miata as a way to attend more track days with the ease and affordability that they bring. Then I decided to purchase a 2015 Ford Mustang to see what the V8 life is truly all about.

The rest, as they say, is history. The last 10+ years have been a progression from going out as an enthusiast to now going in as a highly recognized competitor, constantly improving and seeking opportunities to further my racing career. I have earned 3 season Time Attack Championships and 18 track records.