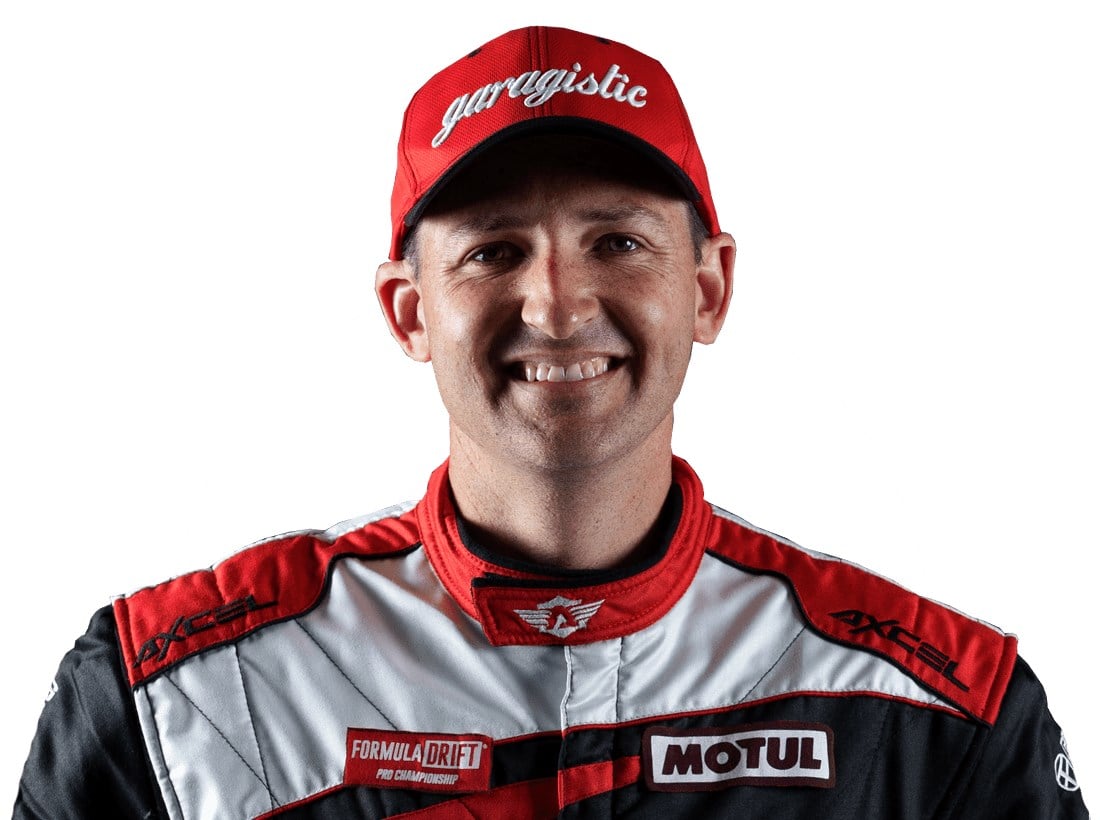 Born and raised in Southern California, Jorn a.k.a. Rome Charpentier fell in love with motorsports at a young age. Every year his parents would take him to the Long Beach Grand Prix, and overtime it added fuel to his fire and passion for racing. At age 18, he became a professional stunt rider. At 30 he made the transition into drifting, clinching 2 formula drift Pro-Am Championships less than 2 years later at age 32. Also, last year’s pro 2 rookie of the year!!!